Apologies for the lack of a post in December but we were busy dealing with a rather surprising shift – that of our cat Moo, from the physical to the non physical. We were not expecting it at that point, although he was actually quite elderly for a Pedigree. We did expect though, that as and when the event happened, it would be a complete wipeout for us both.

Moo was our joy. He was ALL the joy, ALL the time. There aren’t really words to express how it felt having him in our lives. We thought it would be like trying to live in the world with the lights out, when he died. The actual experience was quite different however…

Moo suddenly stopped eating one weekend and with all the weight he’d lost earlier that year it didn’t take long for his body to shut down. We realise now, it was the time and method of his choosing so we can’t complain. It was also very peaceful and rather beautiful in an odd way, despite the trauma of having to ‘let him go’.

We are most definitely the jammiest ‘cat parents’ that ever lived, for being allowed to have him in the first place, and also because of the beautiful and incredibly advanced soul that he is. But most importantly because he chose to come and live with us AND (so he’s told us) that he intends to stay on for the duration of our physical incarnations! As far as we know, this isn’t very common – although it absolutely can happen.

Animals will sometimes stay around for a while to comfort you. Sometimes they wait at the gate as it were, for you to pass on , or they might go on to another incarnation. Staying is rare, but it does happen – and we’re very grateful for it!

So… it has been rather different to how we expected!! It is actually the weirdest feeling – and we’re used to weird! 😉 It’s like feeling that he’s here, except you look around and you notice he’s physically not here. That’s what your eyes tell you. Your brain tells you something different – it’s telling you he IS here! It’s a most peculiar experience. But don’t get me wrong I’m very thankful for it!! I can’t even feel a hole, or sense of emptiness in the way that you do when a person or animal dies.

When my last cat died, it was very painful and took me several months to recover. This time it’s different though. Neither Dan or I can actually feel LACK. Moo was always there when we woke up (he usually woke us up and not at a very sociable time either ha ha!) Everything we did was for him or about him. Adjusting the curtains at night so he could jump through to the window ledge. Making sure we didn’t leave the front door open (he was an indoor cat), worrying about standing on him, shutting the bathroom door when running a bath in case he burnt himself, grooming his long coat, making sure he got enough fuss, checking his food and water, and when he last did a wee. Where was he (if he wasn’t already with us!) and did he need anything?

The other thing that’s different is that it’s much easier to communicate with him now. We were doing that before, especially when he was ill earlier this year and then later when he changed his toilet habits! But it is so much easier to ‘hear’ him now than it was before. We can also feel very much more clearly how much he loves us – which we were pretty certain of before, but – you know cats! One is always left wondering! LOL

Obviously, being who we are, working with and being sensitive to energy, has helped us greatly dealing with this transition, so we’re aware that we’re luckier than most in that respect. Especially the fact that he has chosen to stay around us so that we have that sense of his presence – which must be why we don’t feel that he’s ‘gone’! 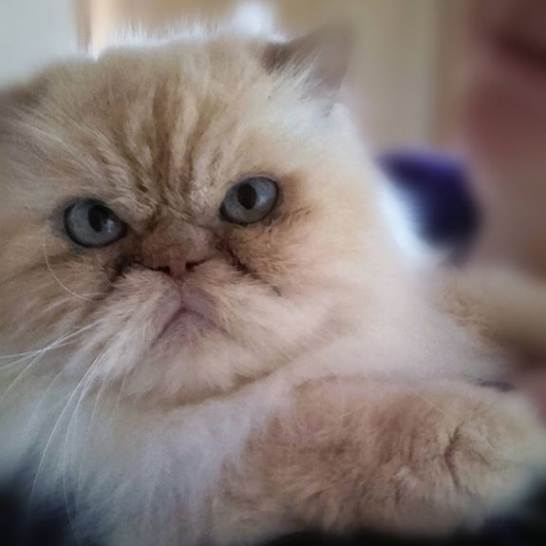 Don’t get me wrong though – I’m not saying we didn’t grieve. The day he passed we went through a raft of emotions and more as the days and weeks went on. Shock, grief, numbness, denial, self recrimination (did we do enough to make him happy while he was alive?) and so on. But always this sense of not having actually lost him, although technically we had. It’s enough to make your head spin, so don’t think about it too hard while you’re reading this!

We also had the well-known phenomenon of a particular smell after a loved one passes. Usually it’s peculiar to the deceased – for example my husband Bob would always try and use Germolene on his face and I would tell him off. When he died I smelt… Germolene!! Often though, it’s something like a favourite flower or perfume – so less of the Germolene!!

With Moo there was a very particular smell after he died. I should have known better but I thought it might be me, so I had a bath, washed my hair, changed my clothes and STILL I could smell it – on and off the whole day. Even at the pub in the evening! I did know what it was really, but my logical mind needed me to wash, change clothes etc, just to be sure! 😉

Probably the thing that helped me the most, especially at the time, was when Moo was dying and I asked Dan to cut the cords to the physical body, so he could shoot off quickly and avoid too much discomfort. While Dan was doing that, Moo said just one thing to him: “I’ll be right back!”. It was everything I ever needed to hear!

We have – of course – because we can! – been communicating with Moo since his passing and have been asking him all sorts of questions – such as how do things work ‘over there’ for him and for us ‘over here’. It’s been most enlightening. I am writing a little book about our experience and hope to publish some of the ‘Conversations with Moo’ later on, as there is much wisdom there and he insists that the information is open to all and important for people to have (or disregard if they like).

The first thing he told us was how beautiful it was. How he can see more colours and hear more sounds than he could before. Everything is a lot lighter too. There was a great sense of excitement and freedom as his energy is no longer limited to the physical body.

He is very excited about helping us, our friends and of course our clients. It has always been his intention to work with us in the healing clinic – which he did, as and when he wanted to! – while he was alive, but he’s very keen to work more as a team, now that he has no physical limitations. We feel incredibly lucky. The future, which we expected to be very dark without him, is now looking like it’s going to be a whole lotta light! Thank you Moo!

View all posts by LizLowson

Click here to shop for our books and other products