Dan and I often do work on each other, as, being human, you can imagine we have our own stuff to process, as well as helping clients process theirs! Last night we were working on a belief – well 3 beliefs actually – that were all related.

The first thing we do before we try clearing anything, is check whether there is a block. So – lo! – there was a block, but again, no problem with that, it comes up all the time.

The only thing was, I couldn’t shift the block, so I checked if there were any patterns underneath. There was not one, but two patterns! After a lot of energy work I finally shifted pattern no 1. “Aha!” – I thought, “pattern no 2 should shift easily now.”

So after a bit of investigating I realised there was a belief under the pattern!! Yes you read that right, a block with two patterns underneath it and a belief underneath that. I should have been starting to get suspicious at this point!

But I don’t give up easily, so I went on and tried to remove the belief. Would it shift?! No it would not! And believe me we have a lot of techniques and I tried most of them during my attempts to move the block, the patterns, and the belief. Finally I had to admit defeat.

But here is the real problem. I felt like I’d failed. I felt I could have shifted things if only I’d been better at what I do. (I told you I was human and had stuff to process!) 😉 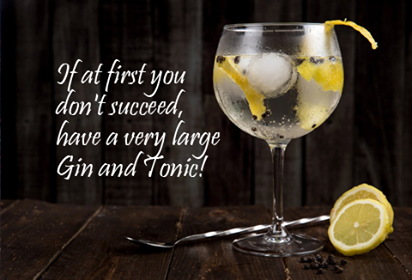 We then went on to talk about the issue again and discovered that quite apart from the 3 beliefs I was trying to shift, there was another one – related to the first three but deeper. It was, if you like, the root cause of the others – and it would make sense that without shifting the deeper belief, I wouldn’t be able to shift the original three.

After this revelation, I did a bit more work on the deeper belief, and – hallelujah! – it cleared! We then decided to call it a night – that was enough work for one day! 😉

This was a very good lesson for me – so I thought I would share it, for other therapists – and indeed other human beings! – to ponder, with regard to the things we struggle with in life.

Perhaps, if you are trying and trying, using all your skills and intuition and you STILL don’t succeed, maybe there is something you don’t know. Maybe it is time to stand back, and detach, see what happens when you look at it from a different perspective or dig deeper into it.

It DOESN’T mean that you are not good enough, or that you have failed – it may just mean you are trying to move a rock when there is a mountain sitting on top of it! And sometimes the only way to move a mountain – even if it is a mixed metaphor 😉 – is in small bites!

View all posts by LizLowson

Click here to shop for our books and other products